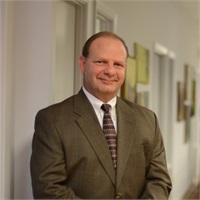 Dallas has over 30 years’ experience in the financial services industry. He is a seasoned veteran of many market cycles, tax law changes, and political environments. The clients he serves would comment on the high level of service and comprehensive level of expertise he brings to the relationship. He is involved in the firm’s discussions on strategy and due diligence and can be counted on to provide valuable insight. Portfolio construction is an area of particular focus.

Dallas’s Christian faith is a driving force in all that he does. He has tried to live his life as an example for his family, including his two grown sons Peyton and Nick. The boys have grown into real gentlemen and Peyton who was recently married will be bringing a grandchild into the family soon. Dallas’s other son, Nick’s, role in the family has been the most well-known. He has been a child actor and performed in such films as Bambi II and Aeon Flux. He was also the lead voice in the animated cartoon “Chowder” on the Cartoon Network. Outside of family activities Dallas enjoys fishing and shooting sports.